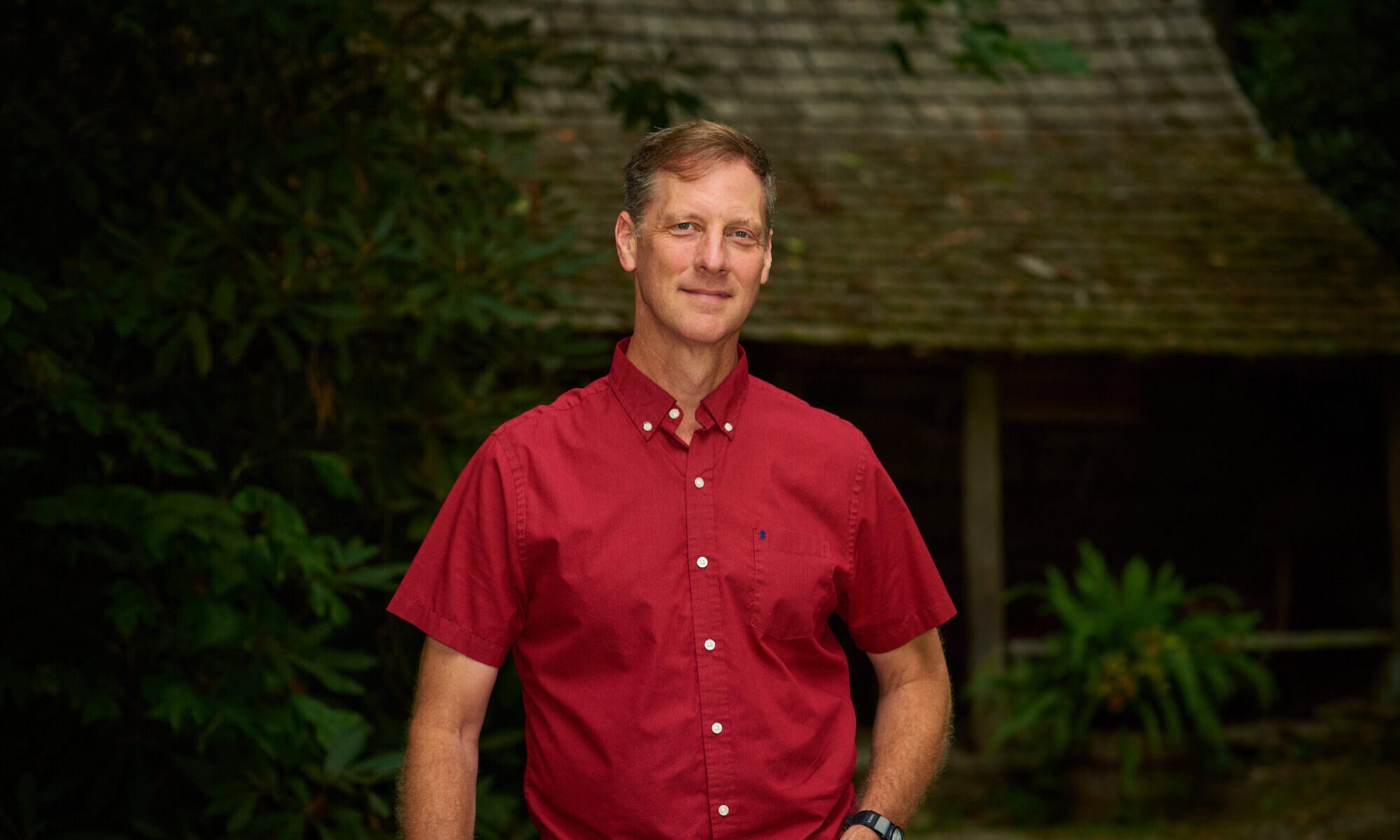 In rural Mississippi, at the young age of four, Ray Adams’ mother began teaching him to sing traditional songs and hymns, planting seeds for what would become his passion for performing and teaching old-time fiddle tunes, traditional songs, hymns, and ballads in the old-time music community surrounding Brevard, North Carolina.

Ray’s musical journey led him through classical piano starting at the age of seven, trombone at ten, and tuba through his early teens. At sixteen, he wanted to explore singing more so he joined his church choir as a tenor.

Ray’s desire to live in the mountains of Western North Carolina prompted a move to High Point then on to Boone where he would attend Appalachian State University and perform in the Jazz Vocal Ensemble there. While there, he was gifted a guitar and began learning to play basic chords to accompany himself as he sang. Stringed instruments would be his instruments of choice from that point forward.

In his sophomore year at App State, he began to explore the history and lineage of bluegrass music that thrived in Western North Carolina. The exploration was short-lived as difficult times forced a move back to Mississippi to a better paying job. The mountains and its music would have to wait a while. At 35, he moved to Brevard where he was introduced to “Old-time” music by Mary Gordon, owner and weekly old-time jam session leader at Celestial Mountain Music.

The old-time jams at Celestial Mountain Music, and the thriving local musical community, made such an impact on him, that this genre of music would become his focus and inspiration for all his musical interests, endeavors, and pursuits.

He started picking old-time tunes on a mandolin with lessons from Mike Guggino of the “Steep Canyon Rangers”. A few years later, Lo Gordon, maker of Cedar Mountain Banjos, got him started with clawhammer banjo, an instrument he became deeply passionate about. Thousands of hours of practice in his first couple of years playing banjo allowed Ray to play with such proficiency that he was soon being asked to play banjo and sing at local venues and small local festivals. His desire to sing the old songs the “right” way came pressing more and more with every performance.

Voice lessons from Cary Fridley proved to be the forward step he needed to take his singing talents a new level. Soon thereafter, Ray was invited to be a staff musician at Blue Ridge Old Time Music Week where he would learn early country and mountain style singing from Alice Gerrard and song-writing basics from Carl Jones.

Along the way, he has put in countless of hours of practice learning to play old-time fiddle proficiently, which has been his instrument of choice for leading jam seasons in recent years. Now a seasoned all-around old-time musician and singer, Ray performs at numerous public and private events, parties, and festivals throughout the year. Additionally, he leads weekly old-time jam sessions year-round and shares his knowledge through old-time music workshops.